Help me welcome Jamie Marchant. She is guest posting with me about her new book The Soul Stone (The Kronicles of Korthlundia Volume 2). In this Sword & Sorcery novel two royals strive to save their kingdom, and Jamie shows us around the land at stake. 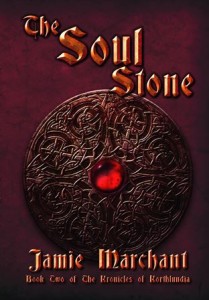 The Crown Princess Samantha and Sir Robrek struggle to solidify their rule in the aftermath of the king’s murder and Duke Argblutal’s attempt to usurp the throne. They are thwarted at every turn by those who seek power for themselves and desire to prevent their marriage. Just when they think their problems are solved, a deadly curse begins to spread throughout Korthlundia and Samantha becomes pregnant.

Samantha must fight off priests, enemies, and her closest advisors while Robrek discovers the reason the goddess chose him as king, to defeat the Soul Stone, a stone capable of sucking the soul out of its victims, which threatens to obliterate all life in the joined kingdoms. Their archenemy, the Bard Alvabane, awakens the Soul Stone and plans to use its power to reclaim Korthlundia for her people (a people driven out over a thousand years ago by the hero Armunn). Armunn had to sacrifice his life and soul to contain the Soul Stone. Will Robrek have to do the same? Will the young couple have only a few short months to love each other?

Lay of the Land

Korthlundia is often called the joined kingdoms because throughout most of its history the northern kingdom of Korth was separated from the southern kingdom of Lundia. Divided by a mountain range that is impassable for most of the winter, the two kingdoms have a long history of animosity. In attempt to end centuries of warfare between Korth and Lundia, the heirs of the two kingdoms—Queen Samantha’s grandparents, Maeve of Korth and Lir of Lundia—married. However, it took an additional fifteen years and the reign of their son Solar to end the hostilities and meld the two kingdoms into one. Thanks to Solar’s brilliant rule and long life, peace has reigned in the land for the past fifty years, but the murder of Solar and the ascension of his young heir—Samantha is only nineteen when she takes the throne—has made such peace precarious.

However, civil war is the only military threat to the joined kingdoms, which are isolated and mostly inaccessible to the rest of the world. Korthlundia is bordered on the north by the frozen wastelands of Fruscarettr and on the south and west are the deserts of Sehra. Both regions are inhabited only by a few isolated nomads. The east of Korthlundia faces the sea, but the waters off the coast are littered with rocks and reefs, making approach by sea extremely dangerous. There is only one semi-safe harbor, that of the capital city of Murtaghan. Even this harbor can only be navigated at high tide and requires the guidance of a local vessel with knowledge of all obstacles that scattered throughout the harbor. Because of it isolated nature, Korthlundia does not even have an army, just a small Royal Guard. Long years of peace have led to great prosperity for the people of the joined kingdoms.

Korthlundia is a beautiful country. Just inland from the capital city of Murtaghan, which is in Lundia, lies the Setanta forest. There the trees tower over the forest floor and are as wide around as a house. The forest gives way to the Reidhlean Plains, a flat land of endless grasses that are inhabited by the Horsetads, a race of horses that possess magical properties and cannot be tamed. Korth is more mountainous with sheer cliffs, steep drop offs, and magnificent waterfalls.

In The Soul Stone this peaceful, beautiful land is threatened by the Bard Alvabane. In order to reclaim Lundia for her people who were driven out a thousand years ago by the hero Armunn, Alvabane claims the power of the Soul Stone, an ancient weapon that drains the life out of the land—killing people, animals, and even plants. Alvabane’s use of the Stone creates the Dead Lands, in which nothing, not even the cockroaches, can survive. Robrek and Samantha must find a way to stop her before it is too late. 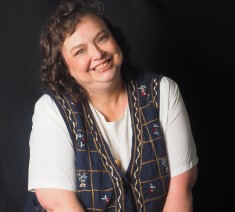 From early childhood, Jamie Marchant has been immersed in books. Her mother, an avid reader, read to her, and her older sister filled her head with fairy tales. Taking into consideration her love for literature and the challenges of supporting herself as a writer, she pursued a Ph.D. in American literature, which she received in 1998. She started teaching writing and literature at Auburn University. But in doing so, she put her true passion on the backburner and neglected her muse. Then one day, in the midst of writing a piece of literary criticism, she realized that what she wanted to be doing was writing fantasy novels. Her muse thus revived, she began the book that was to become The Goddess’s Choice, which was published in April 2012. The second volume in the series, The Soul Stone, was released June 2015.

She lives in Auburn, Alabama, with her husband, son, and four cats, which (or so she’s been told) officially makes her a cat lady. She still teaches writing and literature at Auburn University. Her short fiction has been published on Short-Story.Me, and her story was chosen for inclusion in their annual anthology. It has also appeared in the anthologies—Urban Fantasy (KY Story, 2013) and Of Dragon and Magic: Tales of the Lost Worlds (Witty Bard Publishing, 2014)—The World of Myth, A Writer’s Haven, and Bards & Sages. 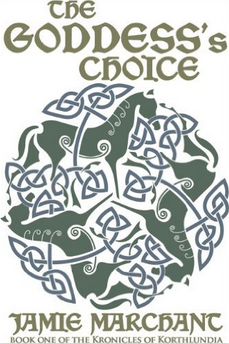 The Goddesses Choice, (The Kronicles of Korthlundia Volume 1) is also available on Amazon.