Last year Lost Luggage Studios had an idea to put together an anthology ebook of stories set exclusively in our Terran Shift universe. This is the result — seven stories from five authors, spanning the high-tech cyberpunk dystopia of the Bio-Tech Era to the Sol-Bect War Era:

The Berkutchi Trial by Alan Belanger
An American spy in Kazahkstan accidentally breaks local law and must win a berkutchi trial to get out alive.

Things Taken by Cynthia Ravinski
Only when you’ve put everything you have into obtaining your hopes and dreams do you find what you’ve really been after.

Handbook For A Better Society by Jamie Alan Belanger
A misguided man bases his utopia on a satirical novel.

The Unders by Timothy Lynch
The Landers and Unders are at war. The Landers just don’t know it yet.

Moroned by Paul J Belanger
Fortune favors the prepared. As for the unprepared, well…

Moon Sweepers by Alan Belanger
Youth on a moon base learn the dangers of regolith mining.

The Sol-Bect Setup by Paul J Belanger
In a missing chapter from The Sol-Bect War, Part 2, Peter McCabe visits the past to lay the groundwork for his future.

This ebook is currently available in the Amazon Kindle Store and will soon be available from all major ebook retailers.

I put together a comprehensive sample on the Lost Luggage Studios site that includes a short excerpt from each story. Read the sample here. 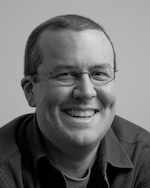 Jamie Alan Belanger earned a bachelor’s degree from the University of South Florida in Computer Science and worked for a small software company in Tampa for eight years before moving to Maine to pursue his own projects. He currently works for a company he started with his brother Paul, Lost Luggage Studios. His interests include computers, writing, photography, and designing worlds he’d rather live in.